Harmony Healthcare IT, a data management firm that works with health data, surveyed more than 1,000 Gen Z (ages 18 to 24) about their mental health and concerns about their generation’s future. Here are the results. 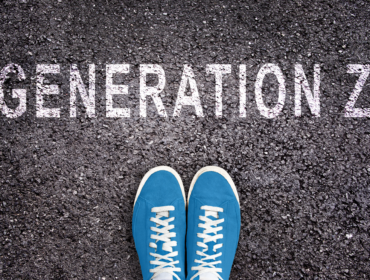 During the most formative years of their lives, Gen Z has been front and center to some of the most unprecedented events in U.S. and global history. One of the biggest being the pandemic, which will have a lasting impact on the future of technology, healthcare, and even mental health.

Almost 3 in 4 Gen Zers say the pandemic has negatively impacted their mental health. On top of day-to-day mental health struggles, many are concerned and unsure about what lies ahead for them.

Nearly a third (31%) of Gen Zers would rate their overall mental health in 2022 as bad. When asked to describe their mental health over the period of one month, one out of four reported having more bad days than good. On average, Gen Z reported about ten tough mental health days in the span of one month.

More than four in five (83%) Gen Zers feel their generation deals with more mental health issues than other generations, but perhaps because of that, they feel equipped to talk openly about mental health.

In fact, more than half (52%) said they feel uncomfortable discussing mental health with their boss. More than one in ten Gen Zers admitted they have had a conversation with their boss about it, and while 91% of bosses were supportive, about one out of ten (9%) were not.

With the recent increase of quiet quitting (refusing to do more than what your job description requires), Gen Z are making sure to take care of their mental health on the job. More than three in five (62%) have taken a mental health day off school or work. In the first eight months of 2022, Gen Z has taken an average of three mental health days to recuperate.

Gen Z has grown up in an age where social media has always existed. With that comes a lot of challenges, especially when it comes to mental health. Gen Z spends an average of four hours on social media daily!

The generation started logging on social media sites on average when they were around 12-years-old, but one in five (18%) actually had their own accounts when they were 10-years-old or younger. The top sites Gen Z use are: Youtube, Instagram, and Snapchat.

Some in the generation have gone a step further and completely deleted social media for their mental health. Since 2020, one out of three Gen Z have deleted their accounts. While some have stayed off social media, about one-quarter (24%) admitted that they ended up reactivating their accounts.

The Fear of the Future 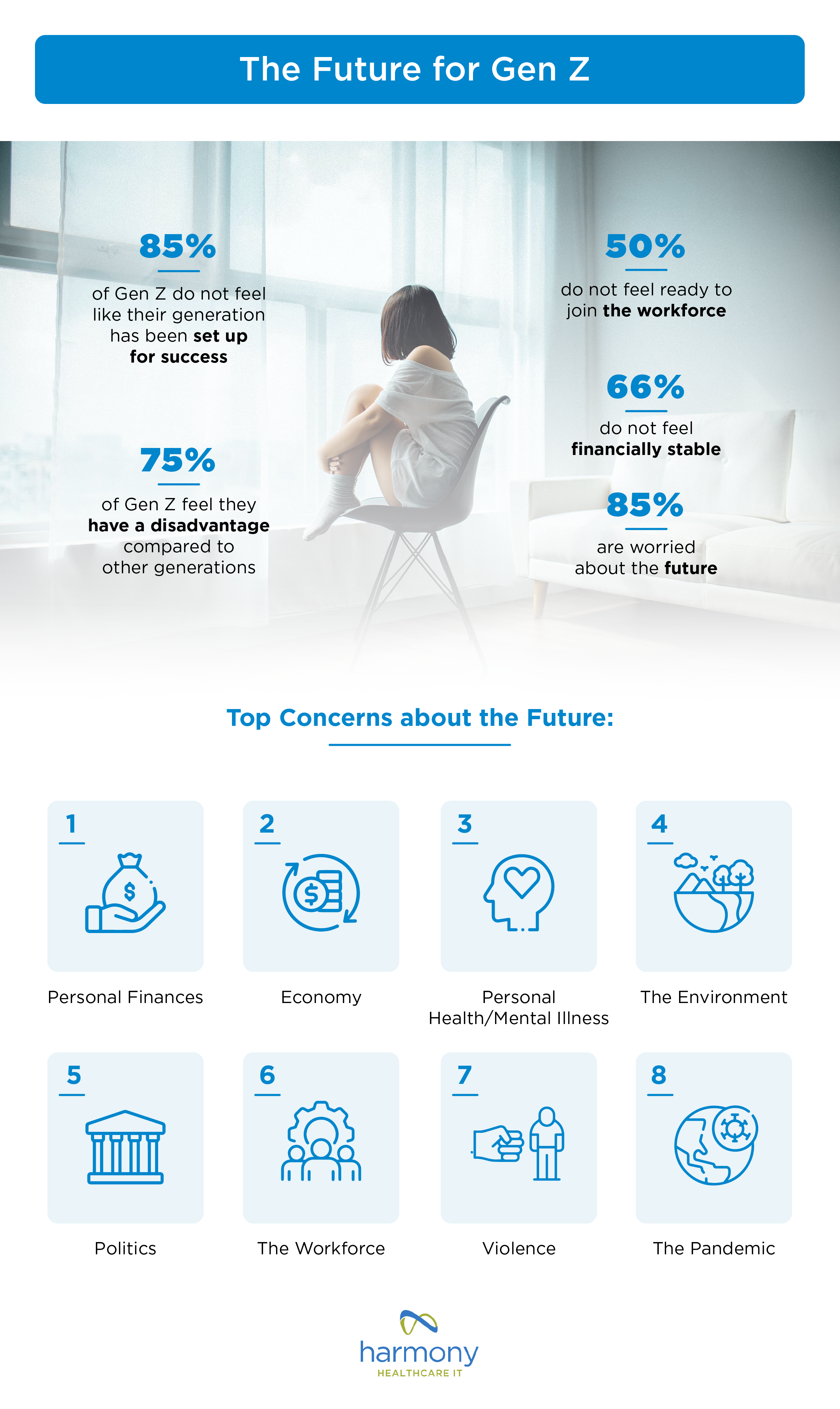 Gen Z is worried about the future. Nearly 90% of Gen Z does not feel like their generation has been set up for success, and 75% feel they have a disadvantage compared to other generations.

Some of the biggest concerns have to do with finances and work. More than three in five (66%) do not feel financially stable, and 50% do not feel ready to join the workforce. Overall, 89% of Gen Z are worried about their personal finances, and 70% are concerned about the economy. Other concerns at top of mind for Gen Z are their personal health/mental illness, the environment, and politics.

Gen Z has grown up in a turbulent time in America. There is a long road ahead to navigate and every generation will need to work together to build a more promising future that everyone can enjoy. A first step is opening up about struggles and challenges and remembering that you are never alone.

When using this data and research, please attribute by linking to this study and citing https://www.harmonyhit.com/.