We surveyed women across the country to get a better understanding on how they view motherhood and starting a family.

Earlier this year, data from the United States Census Bureau revealed that the American population grew at the slowest rate since the 1930s during the last decade. Researchers from the Brookings Institute also estimate that the U.S. might see as many as 300,000 fewer births this year alone due to the Covid-19 pandemic.

As a healthcare data management firm that has migrated and archived millions of U.S. patient records, we were curious to find out what’s behind America’s birth rate decline and why women are opting to delay or forgo motherhood. We recently surveyed women without children between the ages of 18-51 to ask them about their feelings on starting a family. 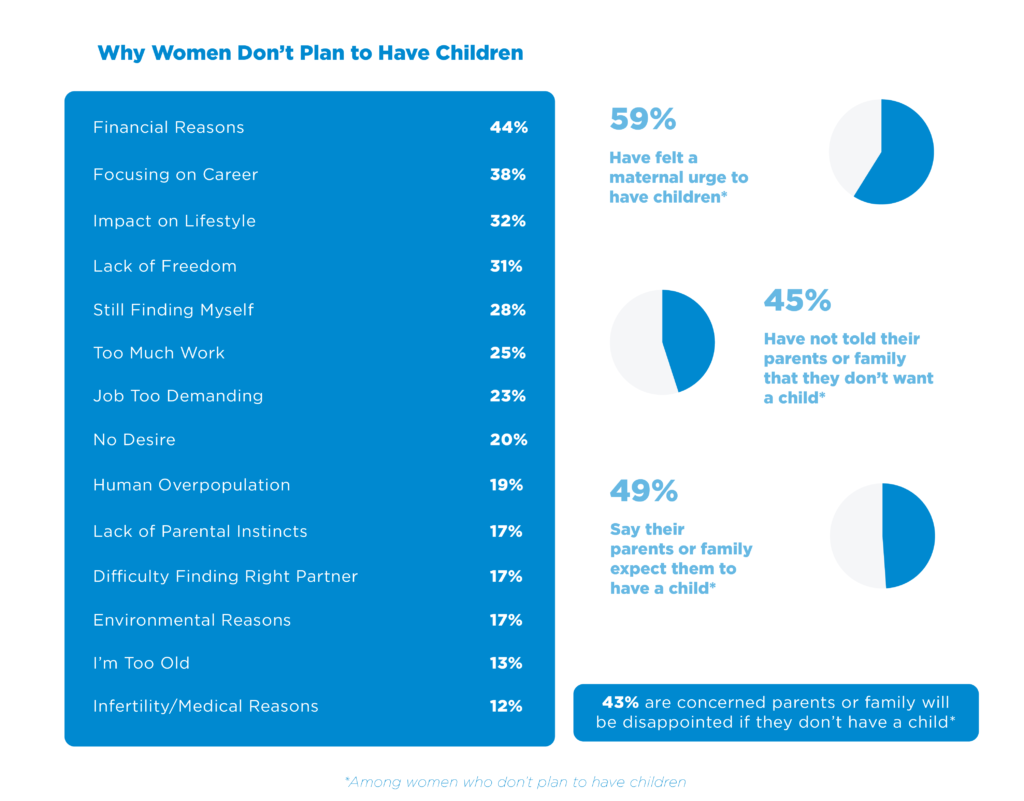 However, even though 48% of women say they either don’t want children or aren’t sure about having children, 59% of those respondents still say they have felt maternal urges to have children. Nearly half (49%) say their parents or family expect them to have a child, but 45% haven’t told their family that they have no plans to have one.

Among women who don’t plan to have children or aren’t sure about motherhood, 44% say financial reasons are the biggest barrier to starting a family. This sentiment is true among all women surveyed as 62% say the cost of raising a child is preventing starting a family. According to the United States Department of Agriculture, the estimated cost to raise a child in the U.S. is $233,610, which does not factor in the cost of college education. 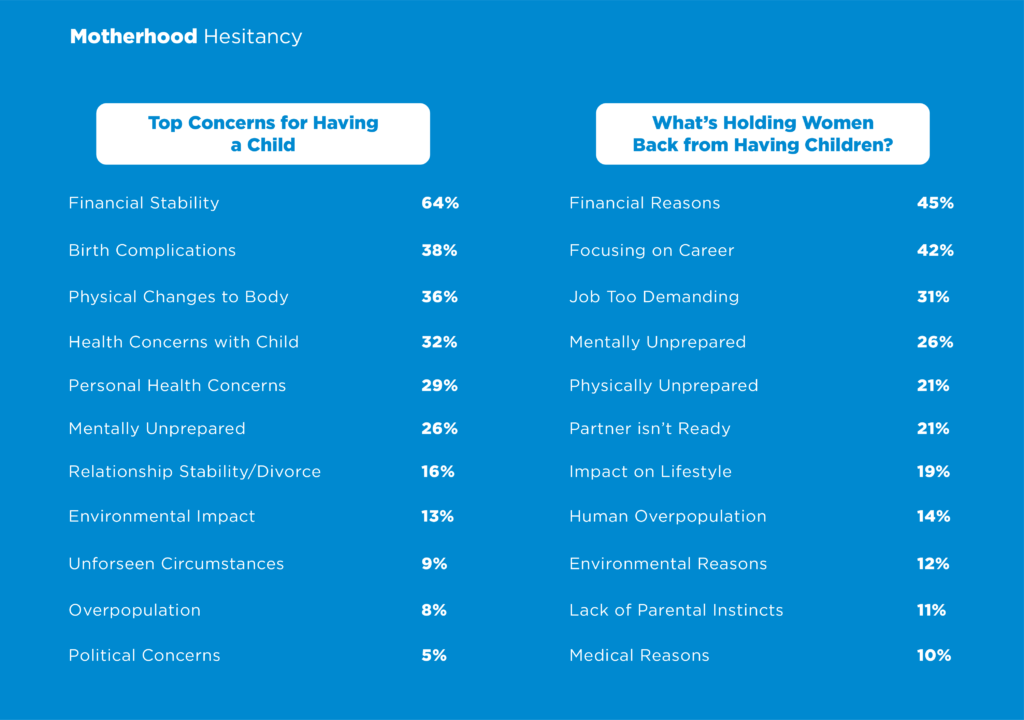 Finances are also top of mind among women who do plan to have children. According to respondents, financial stability is the main concern women have when it comes to motherhood. Finances were also the top reason cited for why women who want children are hesitant to have one. 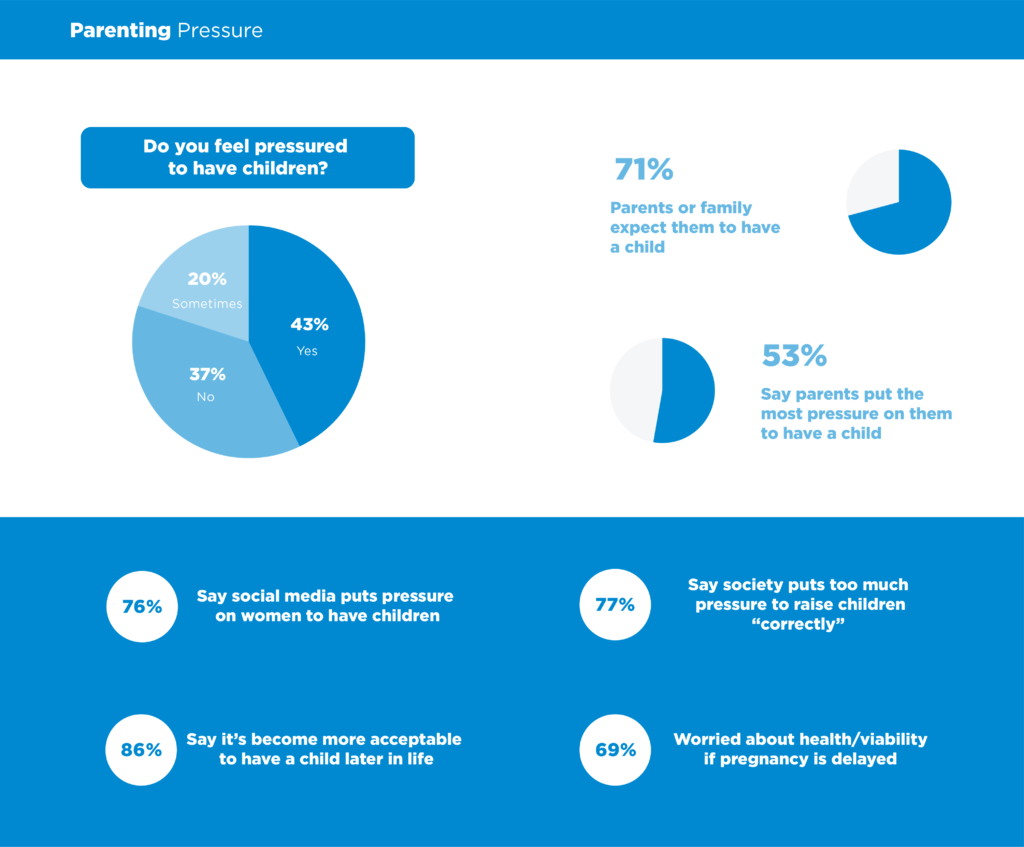 Along with parents and social media, women also say that seeing their friends have kids triggers “baby fever” or a strong emotional urge to have a child. 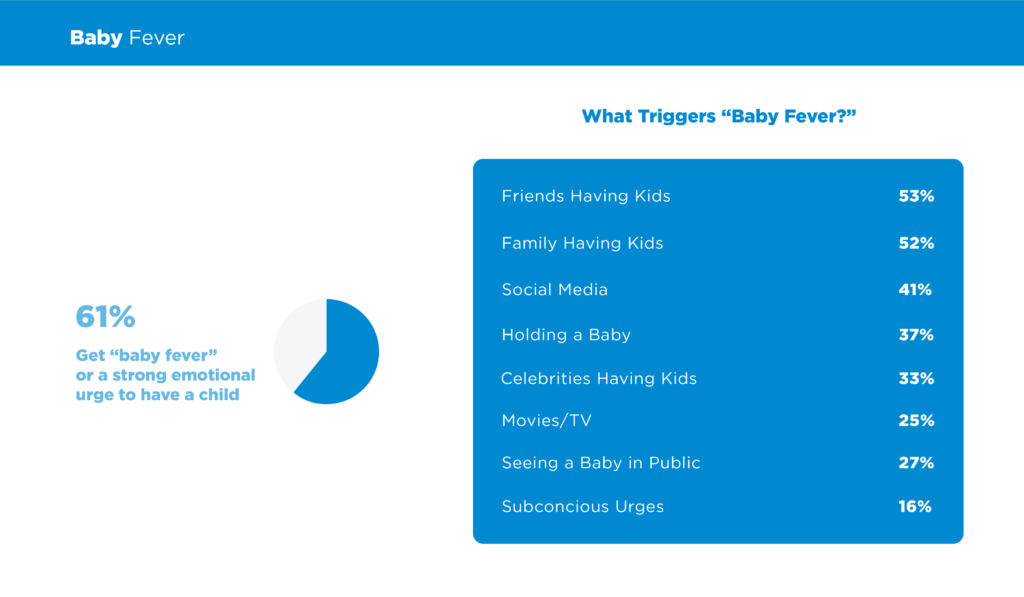 There’s also a flipside for women who see their friends having children. According to respondents, 64% say they know a friend or friends who shouldn’t have children either due to a lack of parental skills, their age or irresponsibility. 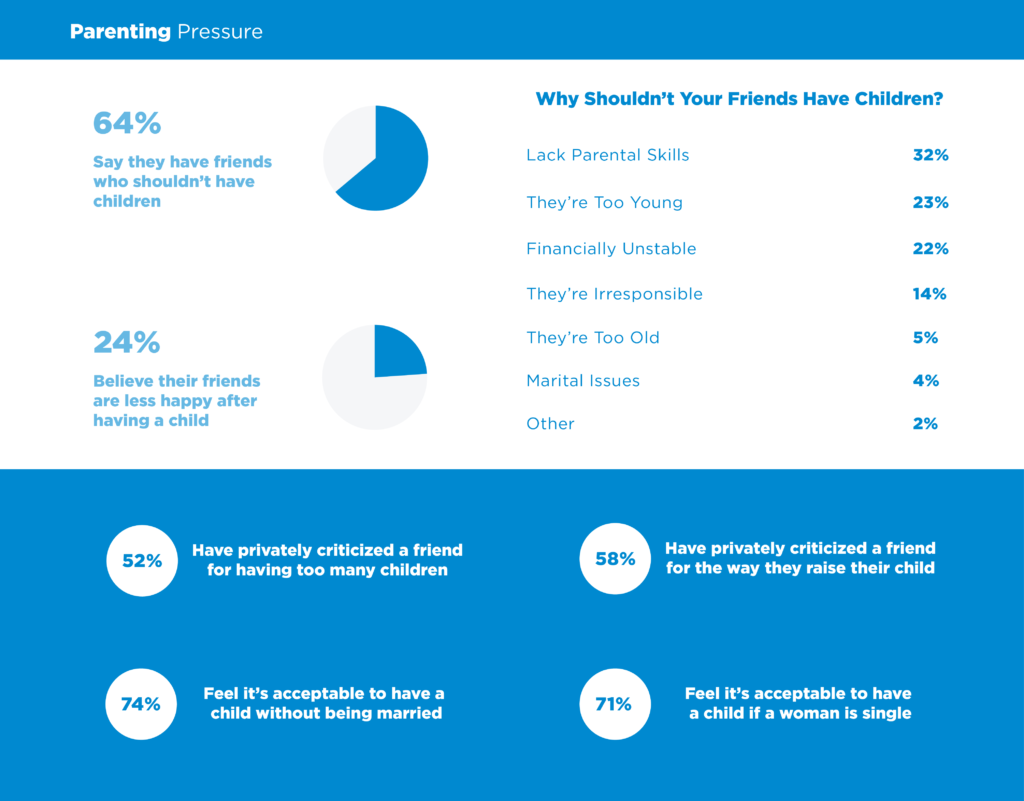 The number of children women’s friends are having also seems to be an issue. More than half (52%) admit to privately criticizing a friend for having too many children. However, changes in society have led women to feel that it is more acceptable to have a child without being married, according to respondents. 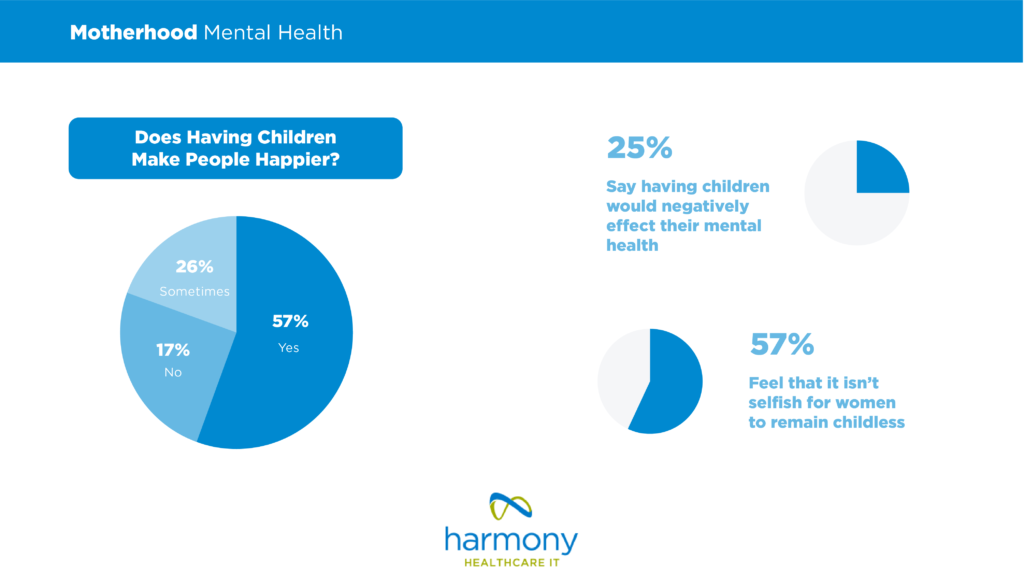 Along with physical health, mental health also plays a strong role in the decision to have a child. According to respondents, more than half (57%) say that having a child makes people happy.

As the world continues to evolve to the changes brought on by the Covid-19 pandemic, it will be interesting to see how attitudes and data behind America’s declining birth rate evolve as well.