The Race of Technology vs. Patient Care: Preserving the Context of Medical Decision-Making in Behavioral Health 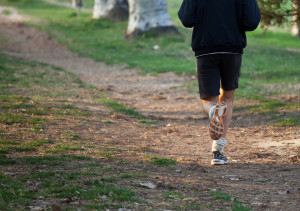 Who knew that a high school cross country race near an old cemetery would lead me – a crisis intervention specialist in the emergency room — to consult for a health IT firm that archives patient data? It was a crisp fall afternoon on the grounds of Fort Steilacoom Park in Lakewood, WA.  Near the start line of the 5000 meter course for my son’s race was a reader board providing a map and explanation of a special project to restore the historic Western State Hospital Cemetery.

The old graveyard contained thousands of flat, overgrown markers placed there between the years of 1876 to 1953.  Due to the shame and stigma of mental illness during this time, patients were buried there if they were unclaimed by their family or if no alternative interment arrangements had been made.  Numbered grave markers, without names, were placed above the plots.  It struck me that beneath these easily overlooked stones were the precious stories of many people who struggled with mental illness. That same notion is what drove others to put the special project into motion.

Restoring Dignity and Humanity for Sufferers of Mental Illness

In 2000, a volunteer group formed to locate the old, sunken markers and reset them in the soil, reversing some of the neglect of the cemetery of years past.  Four years later, WA state law allowed for the release of patient records for the purpose of restoring state mental health hospital cemeteries.  This allowed these same volunteers to now pour through legacy patient records, matching patient names to the numbered markers.  As people were identified, the group set about replacing old stones with newer ones that included a name as well as dates of birth and death. Dignity and humanity was being restored one stone marker at a time.

So, what did exposure to this special project at the graveyard make me realize? It made me think more deeply about the importance of not leaving patient legacy behind in the world of electronic medical records (EMR). In the IT race to achieve interoperability, meaningful use and scalability, we run the risk of losing the legacy data that tells a more comprehensive story of the patient.  In the same way the names got buried right along with the patients in the cemetery, so too can insightful clinical narrative get buried in a data warehouse and become difficult to access.

In behavioral health, the historical clinical narrative offers observations from multiple clinicians and providers over the years. As the patient is often a poor historian, having difficulty with memory and concentration, it is this clinical narrative that connects some dots to serve as the most reliable roadmap to treatment. It contains valuable artifacts such as medication trials, suicide attempts, TBI’s, battles with substance abuse, clinical formulations, contextual frameworks, risk factors, support systems and co-morbid illnesses – just to mention a few.  So, especially in the case of behavioral health, it’s the historical clinical narrative – or legacy patient data – that provides hope.  It provides the full history for a crisis worker, psychiatrist, psychiatric nurse practitioner or treatment team to make an informed plan that helps care for the patient, preserving their dignity and respect.

As consolidation in healthcare continues and older EMR systems get replaced with new, I believe there is a moral obligation to keep legacy patient data accessible to complete the clinical picture and make a positive impact on how we treat patients with mental illness. The ethics departments in hospitals should be given a chair at the data governance table when considering what information to keep as a part of the patient chart. Otherwise, we could be creating a moral hazard, putting both patients and providers at risk.

When I mentioned to my son that I was writing this article he said “Well, I guess it’s not always about the race, because, I remember less about my results that day and more about the un-named people buried there.”  I couldn’t agree more.  And, it seems that the same insight applies today with EMR.  All too often, I hear stories about silos of neglected legacy patient data stores.  I hear “we’ll get to that later” from CIOs whose energy is almost entirely focused on the go-forward EMR.  It should be less about the technology race and more about the care of the patient. It should be about preserving the legacy of the clinical narrative to better inform future care decisions so that patients afflicted with mental illness can receive proper treatment and have a longer life expectancy.

That is one of the reasons why, today, I consult to make healthcare providers aware of Health Data Archiver.  Health Data Archiver is a HIPAA data retention compliant healthcare data storage solution for legacy patient data.  While it stores data for any medical specialty, I have a special interest in ensuring that it plays a major role in securing the historical clinical narrative of behavioral health patients.

What kind of legacy data management strategy does your hospital have in place?  Who is making the final call on what information to keep or not keep as a part of the medical record?

Jeff is a Licensed Clinical Social Worker who has worked in emergency psychiatric services for the past 21 years.  He received his MSW from Portland State University and his Master of Divinity from The University of Notre Dame.  His Master of Divinity Thesis titled, “Healthcare of the Poor” has kept him attuned to ethical issues in the healthcare arena.  He has been consulting for Harmony Healthcare IT and continues to provide psychiatric services.