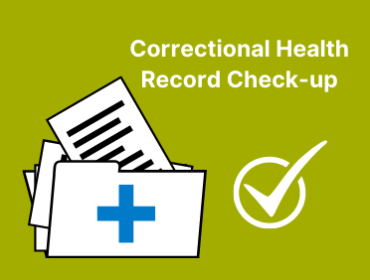 The 7,147 federal, state and local correctional facilities across the nation are beyond ready for a pivot with their medical record systems. For the federal prison system, which has used a basic EHR since 2006, it’s an electronic records upgrade, while state correctional facilities are only about halfway to adopting an electronic system from a paper recordkeeping practice. As health IT advancements and the 21st Century Cures Act ramp up interoperability efforts throughout the entire healthcare industry, there is a lot of room for growth in the correctional health space.

Better integrating health IT recordkeeping systems can make a difference across many areas of correctional health, including care delivery, meeting record retention requirements and in easing the burden on clinicians and HIM teams who must manage the lifecycle of the health records which can span decades. For example, to comply with federal laws, most correctional health facilities medical records need to be retained for seven years; however, in some cases records must be retained 10 years after the inmate is released, and even up to 20 years for clinic procedures and protocol records. This is a big job for an electronic health record system, and for those still trying to find square footage to store paper.

The Role of Medical Records within the Correctional Setting is Important

For the nearly 1.4 million people in the United States who are in federal prisons, state prisons and local jails, about 40% suffer from a chronic medical condition. In general, incarcerated men and women are in worse physical and mental shape than the general population. This population is growing and so are their medical needs. In fact, since the 1980’s, the prison population in the United States has increased more than 500 percent and for some inmates, the care they receive within the correctional system is the only regular access to healthcare they may have.

Record retention requirements are not new for correctional facilities. From as far back as 2001, the Department of Corrections has required a medical retention policy be on record, describe how long legacy medical records should be stored and how the record could be reactivated if the inmate returns. Health records also are expected to accompany inmates when they are transferred between facilities.

With Interoperability Requirements Ramping up Throughout the Healthcare Industry, Does this Impact Correctional Facilities?

First, it is important to recognize that while the HITECH Act of 2009 did not directly apply to correctional institutions, corrections officials must adapt to changing services by providing “services at a level reasonably commensurate with modern medical science and of a quality acceptable within prudent professional standard.” (U.S. v. DeCologero, 821 F.2d 39, 43 (1st Cir. 1987)

Several states currently require traditional healthcare providers to connect to a health information exchange (HIE). In every state, federal regulations and prevailing medical care have accelerated the exchange of medical information into a regular standard practice. This trend likely will have a downstream effect on regulatory requirements for transitions of care and medical record sharing within jails and prisons.

It is possible that state governments will increase legislative pressure on correctional institutions to participate in HIE connections. This also may include a data-sharing mandate that would promote transparency and cooperation between correctional and non-correctional medical providers.

According to the National Commission on Correctional Healthcare, a nonprofit that provides accreditation services to correctional facilities, medical reports must be exchanged freely between federal and non-federal health care professionals and other organizations to contribute to a fuller understanding of the inmate’s physical and mental status.

It is possible that in the future, mandates and an expanded rule could be added to the Cures Act. However, even without a regulatory requirement it makes operational sense to incorporate and maintain electronic data management into the correctional healthcare setting.

Like many traditional healthcare providers, sometimes there are multiple EHR, ERP and other systems running in various states of use. As correctional organizations continue to move forward, there will be legacy systems that are left behind and, due to cost and technology constraints, it won’t make business sense to migrate all the older records into the new system.

To avoid accessibility challenges and exposing medical records to increased vulnerabilities, akin to the days of paper records, consolidation of legacy data in a single active archive should be considered. Not only does it ensure compliance with record retention laws, but it also provides easy access and release of information workflows to vital legacy data.

If your correctional facility currently has legacy systems or is considering adopting a new EHR, Harmony Healthcare IT and HealthData Archiver® can help put your legacy data management plan in motion, reducing maintenance cost on legacy EHRs

Connect with our team, we’re ready to help.