Consumer Access to Health Records: EHRs, PHRs and the Road to Integration 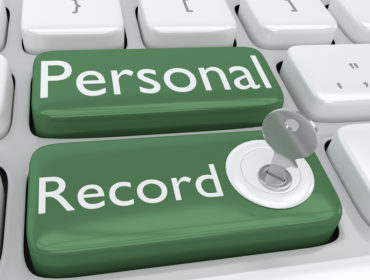 The question of how to best incorporate the patient into the interoperability and accessibility of the health record has challenged our industry. But, are we finally getting somewhere?

Over the past few years, more EHR vendors and payer organizations have incorporated patient portals into their offerings. As a result, by 2018 51% of individuals had access to view their medical records through an online portal. That’s 166.7 million people, an increase of about 30% over the prior year.

PHRs are a different story. In 2012, the Google PHR platform, Google Health, was discontinued because they couldn’t find “a way to translate limited usage into widespread adoption in the daily health routines of millions of people.” Seemingly, that challenge still remains today as Microsoft recently announced it is pulling the plug on its PHR platform, HealthVault.  But, perhaps the answer lies in tying the PHR to the EHR.

Apple Health™ is picking up steam with a solution that allows patients to aggregate their health records from multiple institutions alongside their own patient-generated data – right on their iPhone Health app. Apple’s approach has the potential to drive further awareness and adoption of EHR patient portals because authentication through the Health app can be set to use the same patient login credentials as the EHR portal offered from a provider. Apple has worked with Epic, Cerner, athenahealth and other EHR vendors to make it easy for this feature to be enabled. That’s progress.

A similar advancement comes from CommonHealth, an open-source, non-profit public service that will leverage data interoperability standards, including HL7 FHIR to offer functionality analogous to Apple Health™ to users of Android™ phones. This platform is being piloted at several academic medical centers and health systems. That’s even more progress, spearheaded by a non-profit organization established to build and operate digital services for public good. Impressive. But wait, there’s more.

We’re seeing other traditional players in healthcare, like payers, innovating.  UnitedHealth Group and its IT division, Optum is trying to position itself at the center of patient and doctor interactions by also entering the EHR/PHR arena. According to Healthcare Dive: UnitedHealth Group will launch an integrated and portable EHR system for its 50 million fully benefited members by the end of 2019. It will leverage its existing consumer digital health platform, Rally, to outline a customer’s health record and determine whether there have been gaps in care. Innovative, indeed.

As our industry continues to tie EHRs and PHRs together in the push for patient inclusivity in the accessibility to medical records, there will be a continued need for keeping the clinical narrative connected and comprehensive. While the EHR manages current clinical data, a solution must also be considered for the entire patient data lifecycle. Oftentimes, due to system replacement, merger and acquisition or the cost and complexity of data conversion; historical patient data is not always readily available in the go-forward EHR. So, what about these older patient records? Shouldn’t that data be just as accessible as the current data to ensure the best transitions and outcomes over a lifetime?  We say yes.

At Harmony Healthcare IT, data availability for the full clinical narrative of the patient is a top priority. We feel it is imperative that medical records are complete, accurate, and accessible – all the time, to all of the Healthcare ecosystem — including patients.