When Patient Data Falls Through the Cracks in Hospital Bankruptcies 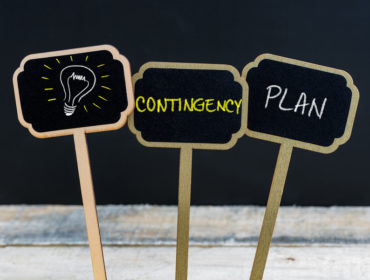 At the end of 2017, health care bankruptcies accounted for 7.25% of all U.S. bankruptcy filings, with filings tripling between 2016 and 2017. David Neier, partner at Winston & Strawn LLC, attributed the trend to regulatory changes, technological advances, and the rise of urgent care facilities.

As financial stressors continue to plague hospitals and other healthcare companies, it’s reasonable to believe that the surge of bankruptcies and restructurings will continue, and not improbable that some of those occurrences could happen without much warning. In such instances, it leaves a looming question – what happens to the patient data?

Yes, HIPAA protocol requires hospitals to have an EHR contingency plan in place that is supposed to address four components: a data backup plan, a disaster recovery plan, an emergency-mode operations plan, and testing and revision procedures. And a 2016 report put out by the Office of Inspector General found that 95% of hospitals surveyed had an EHR contingency plan in place, with most of them including all four suggested components.

But what about the 5% without a plan? As insignificant as that percentage might seem, being a patient at a hospital without a contingency plan can result in major complications.

In fact, for 21 year-old Caitlin Secrist, it’s become a life or death matter.

Back in 2017, Secrist found herself at the ED in Florence Hospital at Anthem with her first pancreatitis attack. The severity of her condition now necessitates that she be fed via a feeding tube.  To make sure she gets imperative nutrients, Caitlin constantly wears a backpack that pumps what she needs into her intestines every day.

After several surgeries to try to help remedy her condition, Secrist’s gastroenterologist recommended she undergo more extensive surgery to remove her pancreas, spleen, and appendix. The Johns Hopkins surgeon slated to operate said bowel disorders can be mistaken for pancreatitis, and wanted to look at all of Caitlin’s past medical records, including the initial images taken at Florence Hospital, to confirm the pancreatitis diagnosis was correct. This is where it gets complicated.

Since Secrist’s hospital stay, Florence Hospital had declared bankruptcy and closed its doors. And without a contingency plan in place, and money owed to multiple businesses including Medhost – the company handling the hospital’s electronic health records – it happened that original medical records were made inaccessible to patients and doctors. Essentially, medical records were stuck in limbo as creditors figured out how they were going to get paid and which company would take on the cost of getting into the EHR. Those initial records Secrist’s surgeon needed in order to operate were being held hostage all because a contingency plan had never been put in place.

Fortunately, it appears that there’s a solution on the horizon. Recently, two of the companies owed money agreed to make Florence Hospital’s EHRs accessible for 90 days. Although another company owed money opposed the plan as it would cut into the compensation they’re looking to recoup, a Maricopa Superior Court judge overseeing the case ruled in favor of moving forward to open the records. There’s still a possibility of appeal, but for now it looks as though Secrist will finally be able to get her records so she can have the procedure she so critically needs.

Preparing for an unexpected exit can be a difficult task but considering market trends, it’s a necessity. Harmony Healthcare IT can help you develop a comprehensive legacy data management plan to proactively ready for any unforeseen circumstances that could arise. Contact us to learn how HealthData Archiver® can help protect your patients and their data today and in the future.