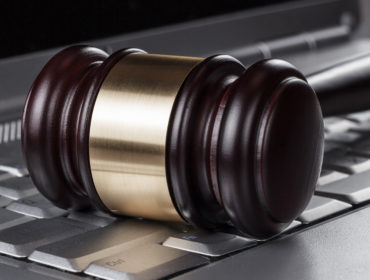 Recent news that eClinicalWorks (eCW) is being sued for nearly $1 billion for inaccurate medical records is a tough follow-up to the $155 million settlement just six months ago to resolve a False Claims Act suit that claimed it gave customers kickbacks to publicly promote its products.

The new suit claims that eCW failed in its fiduciary duty and exhibited gross negligence which led to the death of Stjepan Tot, a cancer patient who was unable to determine reliably when his first symptoms of cancer appeared [as] his medical records failed to accurately display his medical history on progress notes.

The suit claims that millions of patients have compromised electronic health records as eCWs’ software didn’t meet meaningful use and certification requirements laid out by the Office of the National Coordinator.

In the prior suit, the Department of Justice ordered eCW to facilitate transferring its data to rival EHRs for free as well as institute several watchdog measures.

eCW’s website states it currently serves 130,000 customers in the United States and 850,000 globally.

The State of Malpractice Claims and EHRs

In general, malpractice claims that involve EHRs have increased over the past ten years. A recent report from The Doctors Company states that there were 97 claims from 2007 – June-2014 and 66 claims from July 2014 to year-end 2016. The study only includes closed claims.

The report suggests: Many EHR-related problems could have been avoided if the federal government had developed vendor standards for EHR use and interoperability and required beta testing in the healthcare environment to ensure usability and safety before the HITECH Act mandated its widespread adoption in 2009.

Bottom line is the EHR is considered a legal record and can be used in court either for or against a doctor or provider organization.

If your organization is affected by the eCW lawsuits or just looking for a secure storage solution for legacy data from out-of-production EHRs, an archive could provide an opportunity to efficiently consolidate numerous disparate systems into one streamlined, vendor neutral repository.

If your organization is working through the burden of what to do with its eCW system or with having numerous outdated legacy systems, this might be the time to contact Harmony Healthcare IT, the makers of Health Data Archiver, for a consultation about system replacement and data retention.

Download a complimentary copy of our legal whitepaper on eDiscovery and Healthcare Record Retention today.